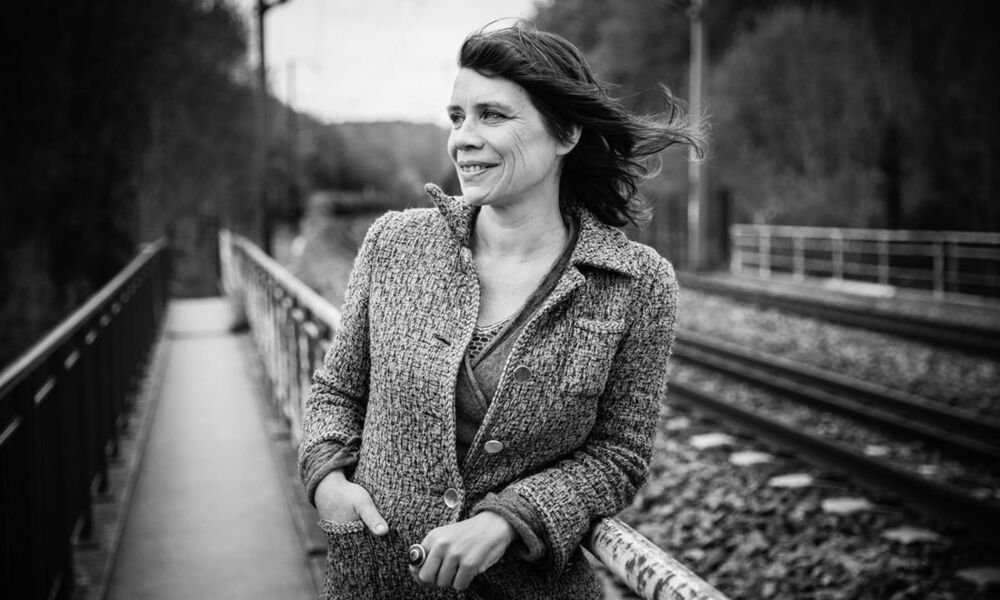 In 2001, the director Barthélémy Bompard commissioned her to write Itinéraire sans fond(s) (Beaumarchais grant), which he created in 2003 at the Scène nationale d'Annecy and in which she acted. This is how she began to write for the theatre, while continuing to act.

Croizades (Josef&Zelda)
(...) We don't have a television, and we have never spoken directly about the attacks in front of our daughter. But, little by little, through her discussions with her school friends, God entered our home, taking on many colours, shapes and identities over the months. As I discussed her beliefs with my daughter, I wondered about these larger notions of truth and lies. The defence system that we erect and/or impose to protect ourselves. I reread Le Père Noël supplicié, a text by Claude Levi Strauss that appeared in the magazine Esprit in 1952. And many other documents related to children's beliefs. And then I wanted to talk to children, many children, to understand what this name of God implied for them; to understand what they put inside. Even when we are not believers, we believe, obviously. Otherwise, how could we live? The question is: what do we believe in? And above all, are we still able to give a name and a body to the object of our beliefs? Are these beliefs unchanging or changing? Is a value system the same as a belief? How much conscious lying is inherent in our personal beliefs? Is the Mystery a lie?