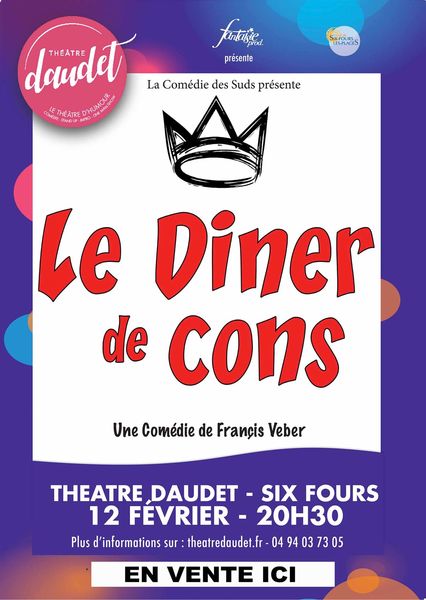 Every Wednesday, Pierre Brochant and his friends organise a dinner party.

The principle is simple: each participant brings a "jerk", and the one whose guest stands out the most is declared the winner.

Tonight, Pierre is happy, he thinks he has found the rare pearl: François Pignon, an accountant at the Ministry of Finance, who is passionate about matchbox models. But what he doesn't know is that Pignon, ready to do anything to help, is an unmitigated jinx, a master in the art of triggering catastrophes. The meeting of two destinies that should never have crossed....

Did you know?
Francis Veber's play "Le dîner de cons" was a huge success from the moment it was first performed in 1993. It was adapted for the cinema in 1998 by the same author and became a worldwide success.

Extra cost: 22 €. Tickets on sale at our reception desks. Reservations are strongly recommended.