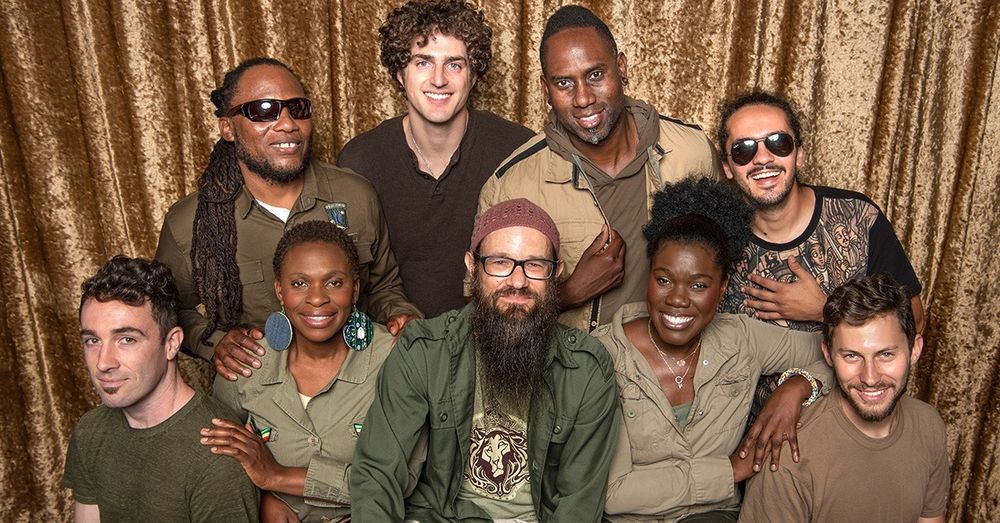 Formed in 1998, Groundation has been one of the legends of world reggae for 21 years now.

The legendary Californian reggae jazz band, reunited in 2018 around its leader Harrison Stafford, who selected the crème de la crème of musicians from the prestigious Sonoma State University like him. To the reggae sound, still marked by the jazz of the original Groundation, this new generation breathes its talent, dazzling technically, and creativity, ensuring the next generation of musicians with ease. Thousands of fans of the band are regaining the incomparable experience they had enjoyed and supported until then.

Fruit of this new project, the album The Next Generation was released in September 2018 on Baco Records. Each of the new musicians brings his or her own influences and subtly tints the album with funk, Latin and African notes. The groove is crazy and Harrison Stafford still as powerful and spiritual as ever! Several world tours have met the fans' expectations, delivering concerts between improvisation and total mastery, a high-flying sound communion that propels the band to new spheres.