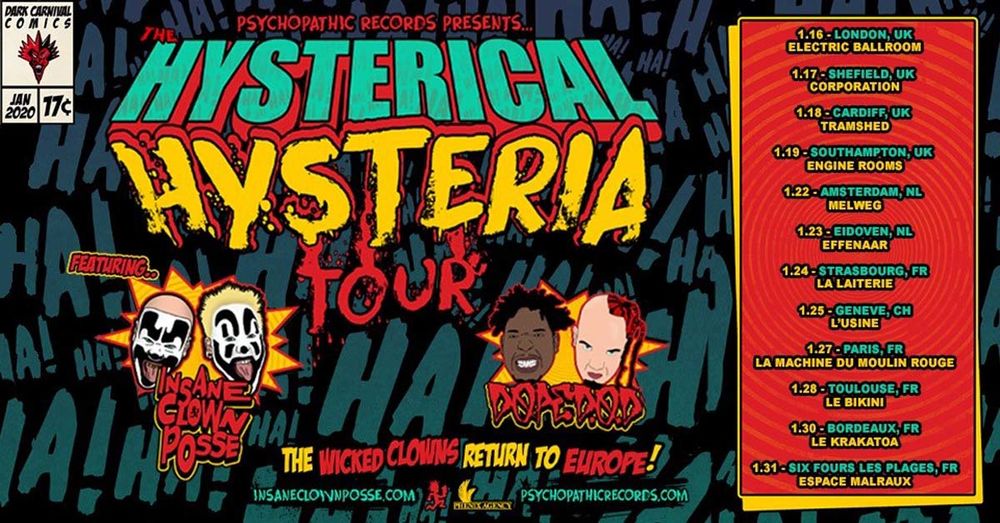 For reasons beyond our control, the concert of Insane Clown Posse and Dope D.O.D. is cancelled.
Tickets will be refunded directly from the point of sale where the purchase was made (deadline for refunds: March 1, 2020).

Juggalos! The Wicked Clowns make their return to Europe in 2020!

Accompanied by the devastating duo Dope D.O.D., the American rappers Insane Clown Posse arrived at the Espace Malraux on January 31 for a date that looks completely crazy.
Still as fucked up as ever, Insane Clown Posse came back in force at the beginning of the year with a new album "Fearless Fred Fury".
The new DOPE D.O.D. record will be released next December, their latest single "Scoobydoogang" was released in June 2019.