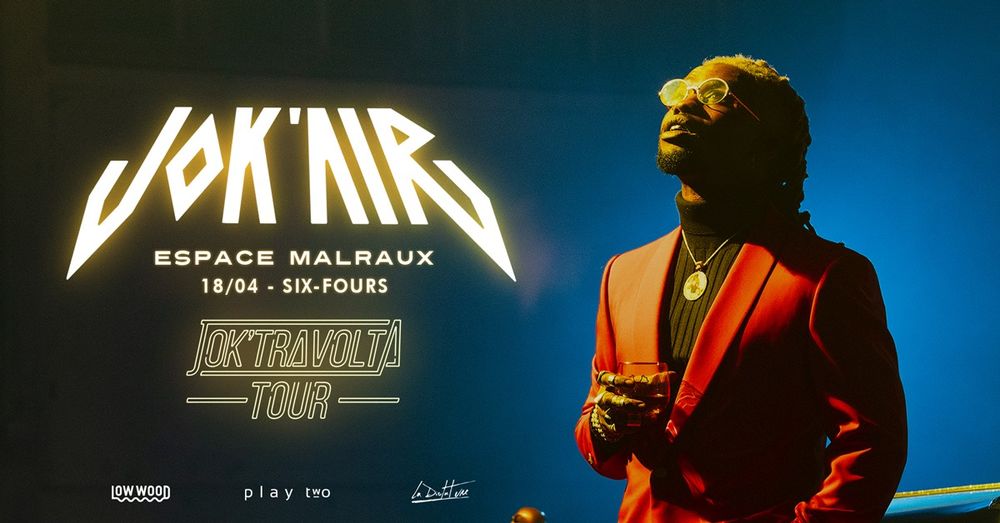 After having lived a first collective chapter embodied by the Mafia Zeutrei whose ranks and charts he shares, the charismatic Jok'Air, as good in rap as in singing, has been able to impose itself in an environment where the codes have long remained closed.

Feeding John Travolta's films, which shone as Dany Zouko in Grease or Tony Maneiro in La fièvre du samedi soir, Jok'Air has always dreamed of American culture and musical fusion. It is indeed this universe that reappears in the second opus of this child raised by Michael Jackson, Police or the Bee Gees. A resolutely rolling and dancing turn, inspired by the 70s, when music was slowly moving from rock to disco. A progression similar to the one on Jok'Travolta, whose live orchestrations are serving an ever more raw and pure rap. Accompanied by a squadron of eclectic and prestigious featurings (Sadek, Alonzo, Yseult, Chilla...), Jok'Air proves once again its unique place in the French rap landscape.

Extra cost: 15 € subscribers / 20 € full rate. Tickets on sale on the internet or at the usual points of sale.