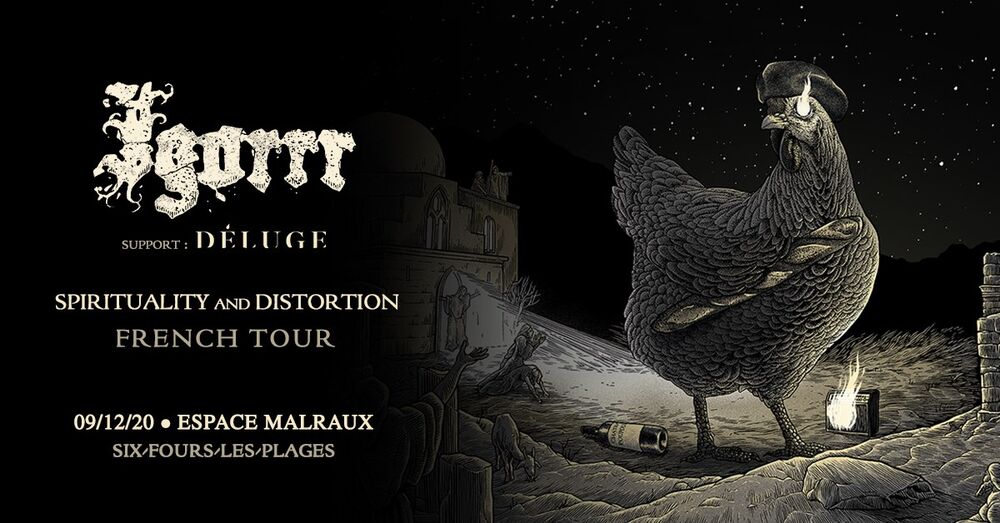 IGORRR
Igorrr has this precious and rare ability to demonstrate through his music that genres do not exist, without producing a simple and vulgar potpourri.

He has no qualms about sampling or recording the most extreme forms of metal, mixing them with the decadence of baroque music within jazz, techno and country rhythms, destroyed by beat repeater. A unique live experience, he has been invited to many festivals and the new album is scheduled for 2020.

DÉLUGE
In the beginning the Aether was formed and on each side was chaos and night which covered everything. Subtle substances, distinct from matter, personifying the superior parts of the sky and its brilliance. "Æther", Deluge's 1st album contains 9 tracks skillfully mixing ambient & modern Black-Metal with Post-Hardcore sounds. One more stone added to the edifice erected by bands such as Celeste, Amenra or Deafheaven.
Although drawing a large part of its inspiration from the primary energy of Black-Metal, the global approach of "Æther" remains resolutely modern, as much in the approach as in the compositions. Produced and recorded by Déluge with the help of Christophe Edrich (The Ocean, Hacride, Klone,...) the mixing & mastering were done by Joey Sturgis (Oceano, The Acacia Strain, Born of Osiris,...) world class in terms of production at Mixing Bros Studio (Michigan, USA).
This constant approach combining sincerity and modernity can also be felt in the imagery of Deluge. It is therefore natural that Valnoir, from the Parisian studio Metastazis (Ulver, Behemoth, Alcest,...), took care of their artwork.

Extra cost: 10 € subscribers / 15 € full rate. Tickets on sale on the internet or at the usual points of sale.