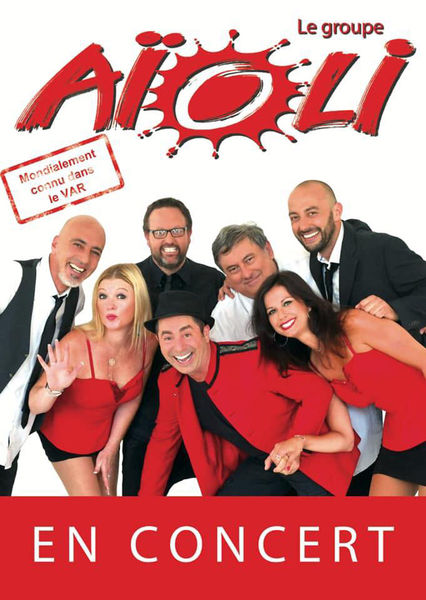 The AIOLI group is the most world-famous group from Toulon in the Var.
Founded in 1993 by Yves Pujol, the Aïoli group has quickly established itself and found its audience (from 7 to 77 years old...).

The group Aïoli is composed of 5 extraordinary musicians (especially the singer...and he has lost weight...), coming from the funk, pop, jazz and French song culture...
Their idols : The Beatles, Stevie Wonder, Herbert Léonard, Lorie ...

Aïoli is above all a crazy universe where humour and music mix in an explosive cocktail that delights the senses and blooms the souls (wow ! that's beautiful, I'm going to make a song about it...)

To understand the secret of the Aïoli Group's recipe, it's not very complicated: put in a mortar, good music, humour, derision, party, add a touch of southern accent, mix it all with the pestle, make the sauce and the atmosphere go up well and there you have it !!!!

The Aïoli group, is ready to be tasted with pleasure and especially
... without moderation !!!!!