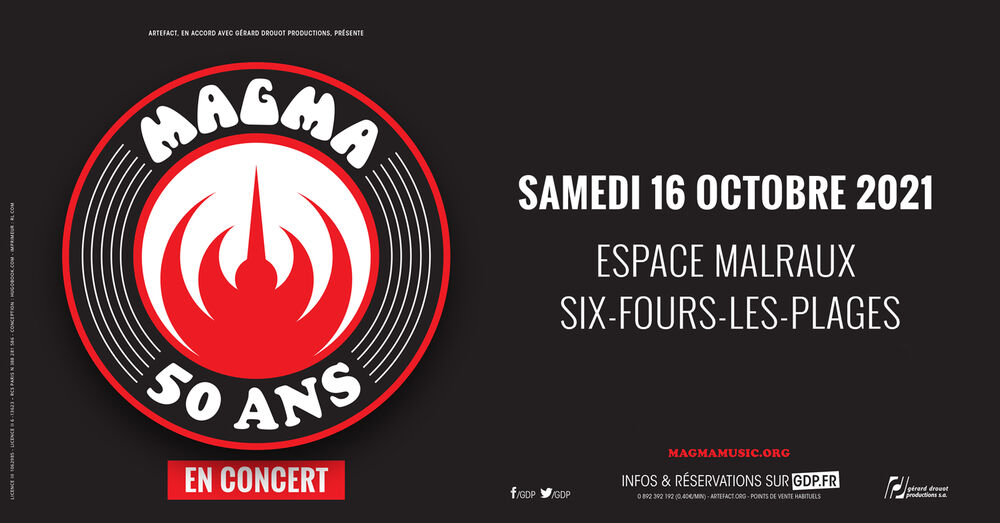 Groups and fashions come and go, some stay and last. Far beyond the simple musical spasm and the fashion effect, Magma has imposed itself since 1970 with a music free of connivances and clichés.

A violent, virtuoso and unparalleled music. Founded by the drummer and singer Christian Vander, the group quickly distinguished itself from its contemporaries with a powerful and implacable polyrhythm. Accompanied by great names of contemporary music, Vander remains a talent trainer like Miles Davis.
Since the group's reformation in 1996, 5 new albums and concert DVDs have been released, all the previous albums have been reissued in vinyl format; tours have followed one another around the world and the audience is growing in numbers and getting younger!
For its 50th anniversary, Magma is back with a new album entitled "Zess", recorded with the participation of the Prague Philharmonic Orchestra.
Magma's music is eternal.