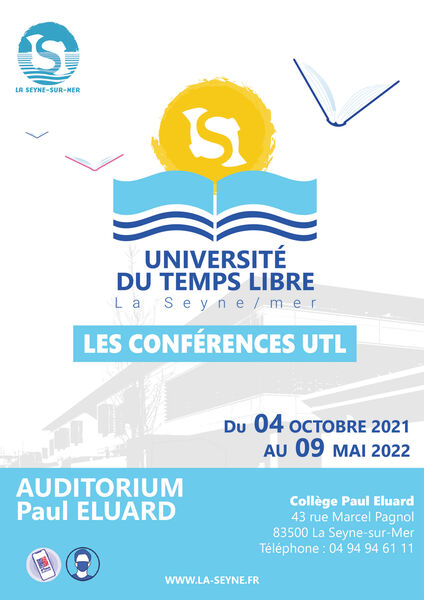 Lecture by Jean-Marc Ginoux.
With his unusual personality, his outspokenness and his somewhat extravagant appearance for his time, Einstein shaped throughout his life the image that gradually became that of the iconoclastic genius,

eccentric, pacifist, atheist and committed.
By presenting him as a simple patent checker who discovered, alone, the two greatest theories of the 20th century and as a pacifist firmly opposed to war, the innumerable biographies devoted to him have thus given rise to the "Albert Einstein myth". In order to maintain this myth, some people have not hesitated to erase all the lesser-known and less glamorous aspects of the character, by sending back to a public that is ever more eager for the extraordinary and sensational the polished image of the idealized scientist sticking his tongue out at photographers.
The lecturer will attempt to show other little-known facets of the scientist who was both modern and conservative, liberal and authoritarian, radical and opportunist, a humanist Don Juan, a pacifist in times of peace but not in times of war, who did not hesitate to renounce his own convictions in favour of his personal interests.