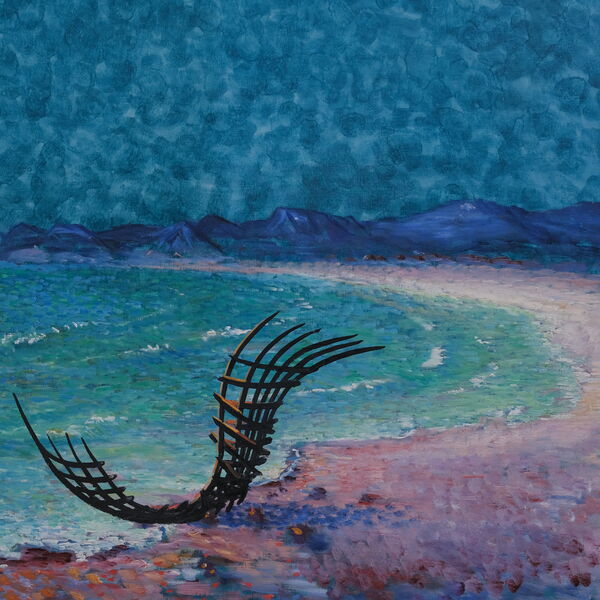 The encounter of Olive Tamari's works with the public and the resulting donation are reflected in three individual exhibitions organised by the City of La Seyne-sur-Mer during the artist's lifetime in 1959, 1975 and 1977.

Works by Olive Tamari were therefore exhibited during the "Semaine des arts" in February 1959. The event, which was noticed, inaugurated the festival hall of the new Town Hall built on the port. Following this exhibition, Toussaint Merle, the then mayor, made a verbal commitment to Olive Tamari that he would permanently welcome a possible donation, a commitment that was regularly recalled after his death on 24 May 1969 during his term of office. Olive Tamari then followed the administrative procedure and asked the City in a handwritten letter on 1 September 1973 to accept "a certain number of [her] works". On 28 December, the City Council deliberated and approved the donation, which consisted of "a sculpture and a number of paintings by the artist".
The City once again offered to exhibit it permanently in the chapel of the Balaguier Museum. Owned by the Navy, the museum was then managed by the Commune through a tripartite agreement that reserved the chapel for temporary events, thus making it impossible for the Olive Tamari donation to be displayed permanently.

However, a large-scale exhibition was held in March 1975, once again in the village hall, which was by then well used for cultural events. Olive Tamari did not limit herself to the donation and enriched it with other works that testify to a dense career, the multidisciplinary artist having celebrated her 76th birthday a few months earlier. The poster, so elegant and accurate in its evocation of the work, was designed and executed by the artist Michèle Dolfi-Mabily. Among other things, it shows the octopus, the painter's favourite animal, surrounded by the famous "Tamari blue".
The catalogue is in Italian format and contains texts by writers and poets linked to Olive Tamari's career.
The donation is now publicly recorded and exhibited in March 1977 in its entirety in the chapel of Fort Balaguier. This event symbolised the last demonstration of the artist's life on the territory of the commune. Olive Tamari died on 15 November 1980, and the Villa Tamaris dedicated a tribute to her on the centenary of her birth in 1998. Today, the City of La Seyne-sur-Mer is committed to the conservation of this heritage. In its reserves, it houses various collections, including this Olive Tamari donation, to which it pays special attention. The exhibition of the donation at Fort Napoléon in the autumn of 2020 is proof of this.