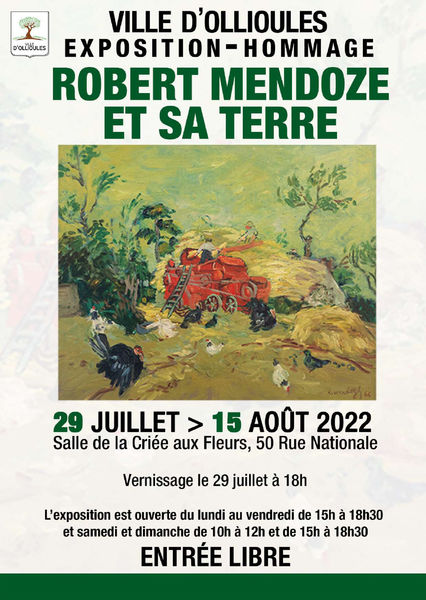 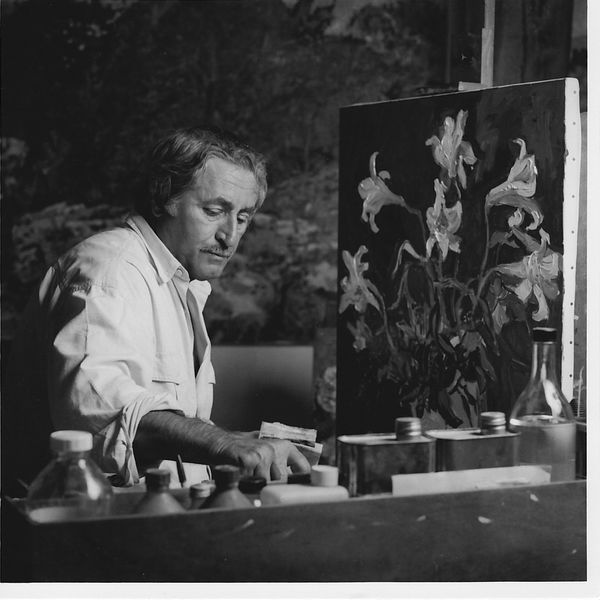 Everyone knows the painter Robert Mendoze, master of the figurative, worthy representative of the Toulon School, founder of the group 50 with his friends J.Burois, G.Louage and P.Anfosso.

A few rare French dealers, but mainly foreigners, put their trust in this painter who had remained far from the milieu. Mendoze is better known abroad than in France. He has always wanted to be "figurative, resolutely figurative".
After attending the School of Fine Arts in Toulon, where he had prestigious teachers, he spent two years in Correns and began a career that was to be very full. And if our region was privileged with numerous exhibitions, Robert Mendoze also crossed borders as he exhibited in Montreal, Mannheim, Geneva, Monaco, Osaka, Boca Raton (Florida), Long Boat Key (Florida), Atlanta and London, until he left us in late May 2014.
It is worth noting that from his beginnings in the 60s and 70s, while his teachers or famous dealers such as Armand Drouant predicted a great future for him, Robert Mendoze won many prestigious painting prizes.
We can mention in particular, in 1955 the 1st Prize of the Rotary International in Menton for the exhibition of the Fiftieth Anniversary, in 1958 the 1st Prize of the Young Mediterranean Painting in Nice, in 1963 the 1st Prize of the "Provençal" at the Festival of Avignon, in 1964 the 1st Prize of the city of Toulon at the Festival of Toulon, in 1964 the First Mention at the Frietz Prize in Paris,
in 1965 the First Mention at the Prix Fénéon in Paris.

Robert Mendoze, in his early years, worked mainly with oil paint, drawing, gouache and linocuts. He explored all types of subjects, even if the landscape remained central in his production. He also explored other techniques, such as watercolour, pastel and sculpture (particularly woodcarving, with the creation of a whole theatre of Guignol), which he produced in the middle of his career in the 1980s. But oil painting and drawing always remain at the centre of his work.

After 64 years as a painter, the man who was also a teacher at the Ecole des Beaux-Arts de la Seyne sur Mer, leaves behind a considerable body of work that many will enjoy discovering or rediscovering, with the presentation of works never before shown.