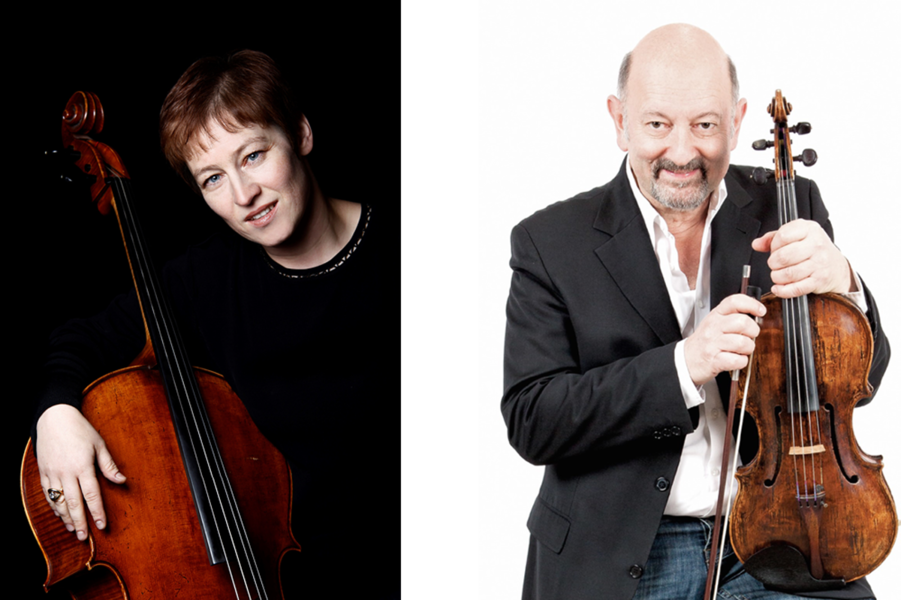 A magnificent tribute to Beethoven in this programme by the renowned violinist Ami Flammer, who is also celebrating the 300th anniversary of his Guarnerius! He invites us to experience the maestro's last three string quartets.

Ami Flammer, surrounded by his three friends Paul Serri on violin, Michel Michalakakos on viola and Diana Ligeti on cello, celebrates in the most beautiful way the 250th anniversary of Ludwig van Beethoven's birth by interpreting his last three string quartets opus 131, 132 and 135. It is also the occasion to celebrate the 300th anniversary of his violin - a Guarnerius, Joseph son of André. It belonged to Ignatius Schuppanzigh, the great violinist, friend of Beethoven and creator of the first quartet to be formed - the perfect form: four tessituras: two violins, a viola, a cello, the sixteen-string instrument! Beethoven's last four quartets were played on this violin; Beethoven knew it well, but never heard it because he had been deaf for so long. This double anniversary allows us to become one with an unprecedented moment in the history of music represented by these last compositions, which were outside the rules of writing and yet always coherent, and which paved the way for composers such as John Cage or Salvator Sciarrino. A groundbreaking concert for those who, like Ami Flammer, continue to be amazed by Beethoven's sonic and musical imagination. 250 years old and still not a wrinkle!