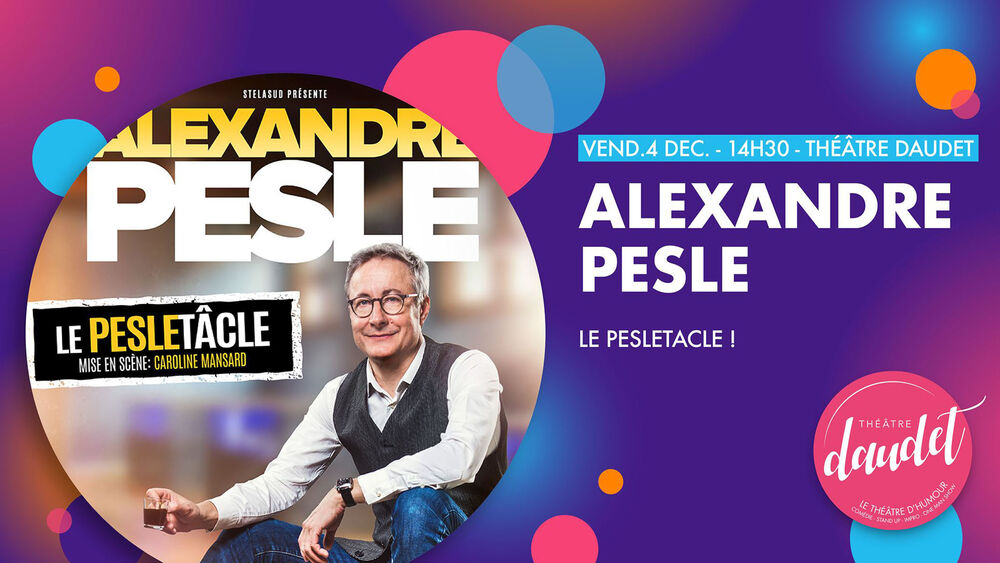 Alexandre Pesle is an author, an actor (and great dad but he doesn't like to talk about it too much, it's like a guy bragging).

He started his career (at the time, he didn't think it would be one) at Canal + with Les Nuls where he wrote, played for and with them for 6 years.
Historical author of Les Guignols and the "H" series. If his face tells you anything, it's that you've seen him, loved him, wanted him and were looking forward to his feline, virile presence in Caméra Café where he played Sylvain the naive accountant (in stupid French). He has devoted 13 years to the performing arts. Which makes him good. He has collaborated with Marc Jolivet, Alex Goude, Marion Game, and he's been working with some of the best but less well known. And people only like famous people. Or dead ones.

While the channels are multiplying (DTT channels, social networks, Youtube channels...) we have the impression that everyone is trying to create polemics to make people talk about themselves, wrongly or wrongly. And to be the holder of a truth that would be universal.

So Alexandre comes back to the question that everyone is asking: "Can we laugh at everything?" As with his first One Man show, Alexandre chose to make you laugh as far as possible. And although it's aimed at young people, he doesn't exclude other age groups.
We don't all have to have the same sense of humour. That's also what freedom of expression is all about, and in that expression, there's the word freedom. I will only use that word.

So the question remains whole and fascinating: Is it still possible to laugh at everything?
That's what you'll find out...if you come!
You'll see, we'll have a good laugh.