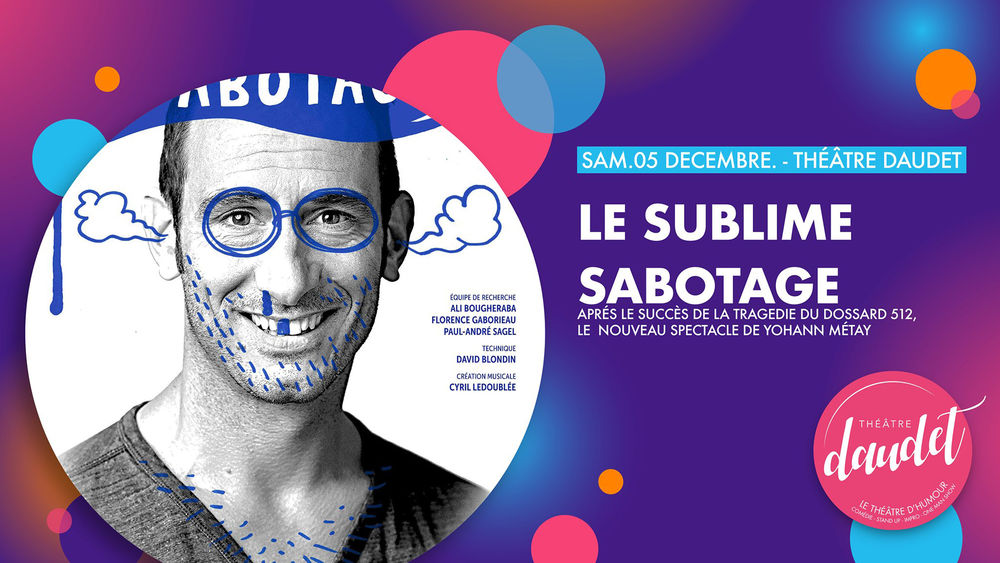 The Sublime Sabotage*
*-Sabotage: n.m., procrastinating and evasive failure action.
Consequence: public presentation of his apologies for not having written the masterpiece so much hoped for by the public.

-Sublime: adj, which elevates to beauty. Which makes the miserable poetic. Turns poodle poop into ruby.
-Sublime Sabotage: A great epic and burlesque move that tries to turn a pathetic failure into a comic adventure.
Retired in his longère angevine, a comedian has given up the race for Molière and glory after years of success and praise. Content with selling cheese and yoga, he yearns for peace. But the discovery of a critical old age concerning him will put fire back into this extinct volcano and launch him into an adventure of creation that will lead him into a burlesque spiral from which he will not emerge flamboyant but perhaps a little freer than before. Wow it's beautiful.
After 9 years of touring "La Tragédie du dossard 512" Yohann Métay is back with a new crazy story.