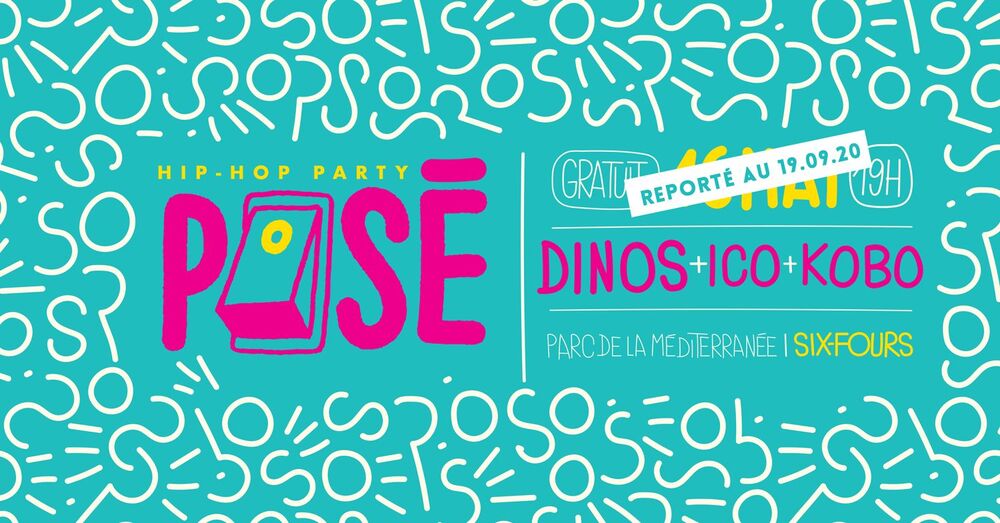 This year, the festival invites three talents from the French-speaking hip-hop scene to give the Parc de la Méditerranée a new lease of life, all free of charge in a chill and relaxed spirit.

DINOS
A gifted rap artist and street poet, Dinos shines by his application and never ceases to sharpen his pen, imbued with spleen and melancholy.
After the wind of freshness generated by "Imany", it was necessary to confirm. More than that, the artist had to show that he could go even further. This is done with "Taciturne", a second album more introspective, instinctive and more in tune with reality. Here, Dinos discovers another way of creating by seizing the inspiration of the moment. This path accompanies a man's reflections on his relationship to fame, the neighbourhood, religion. Throughout the album, he disseminates the complexity of his thinking in small touches. Dinos transforms himself into a painter who harmonizes shapes and colours with his brushstrokes. His reflections are expressed with accuracy and lucidity, he often borders on disenchantment. Words are strong, ideas too.

ICO
At only 25 years old, ICO is already a confirmed author and beatmaker.
In 2014, he starts collaborating with Vangarde's label. This signature allows him to get his first platinum record thanks to his production on Loïc Nottet's last album: Selfocracy.
Then, ICO decides to launch a career as a singer by performing himself. And it was on YouTube and Instagram that the young rapper from Brussels revealed himself with his popular series "Dis pas Wallah" and "Les Capsules", videos which accumulated millions of views.
With his album "Petit Con", released on Romeo Elvis' label at the end of 2019, ICO continues his success. Between gimmicks and minimalist phrases, this "rebeu fragile" rapper rappes with a good dose of humour and promises to be one of the rising stars of the Belgian hip-hop scene.

KOBO
A rising figure of the new Belgian hip hop scene, sponsored by Damso, Kobo is a singular character, recognizable by his mask and his dark and tortured universe.
Kobo shot his first music video in 2016, entitled "What's my name". The positive feedback encouraged him to release a second clip a few months later, "Présumé sobre", which began to find an audience and media outlets (Les Inrocks, Le Point, Kif Radio, ...). At the end of 2017, he is invited alongside the local avant-garde (Romeo Elvis, Caballero & Jeanjass, Isha, ...) to shine in the circle of rapper Fianso devoted to Belgium, with an impressive freestyle of almost 3 minutes.
After signing with Polydor, the Brussels Congolese rapper will release in 2019 "Période d'essai", a complex first album, devoid of featurings, which confirms all his talent: lyrics, flow, arrangements and heavy beats.

Extra cost: Free entry without reservation within the limit of available places.