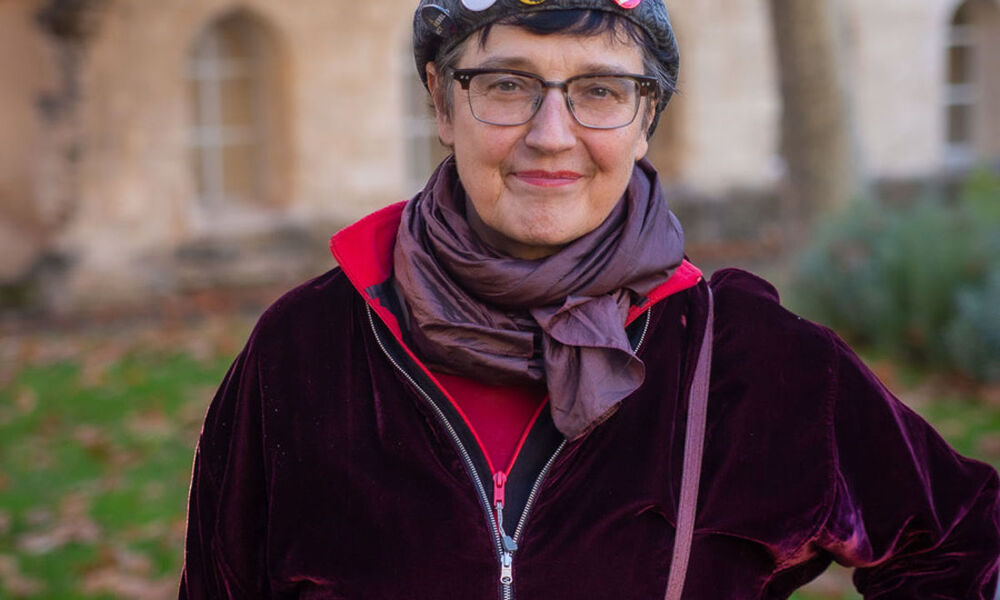 Duration 1 hour.
Rendez-vous at the Armand Gatti Theatre Library for an 11th café-lecture with Marie-Do Freval, author, director and actress.

Marie-Do Fréval has a rich and complex background. In turn and simultaneously an author, director and actress, she is first and foremost a committed theatre-maker. She has performed in Italian, Spanish and English, she has taken to the trapeze with Les Noctambules and on rollerblades to play Anticlimax de Schwab in MC93. She has been seen as Frida Kahlo inviting spectators to attend her funeral in Ma Mort n'est la faute de personne (in de Chalon dans la rue 2012, festival 2R2C in Paris, festival d'Aurillac, Lavoir Moderne Parisien), as a dictator in TRAGEDIE! a poem by Ema Drouin (2010-2012 festivals of Chalon dans la rue, Aurillac, Poznan and Châlons-en-Champagne) and in Putain de route de campagne by Nadège Prugnard (2010- 2011 Aurillac festival and tours in Auvergne). Since 2009 she has been the director of the Compagnie Bouche à Bouche.

Her new writing project "La vérité se fait la malle", takes place in a courtyard, a square surrounded by gates, where totally disorganised humans/children try to tell their story and lie in order to exist. There will be several cycles of short scenes until the lie is exhausted, there will be scary news, trees dying, threats, there will be many lies that lie as they breathe, there will be duplications, repetitions of the so-called truth, there will be chasms and falls, there will be four non-generated characters not distributed by the author because the distribution will be done by the actors on the set and there will be the possibility to take over a scene by changing roles, there will be adult children playing to save their skin and the planet, there will be weapons because somewhere there is a crazy president.