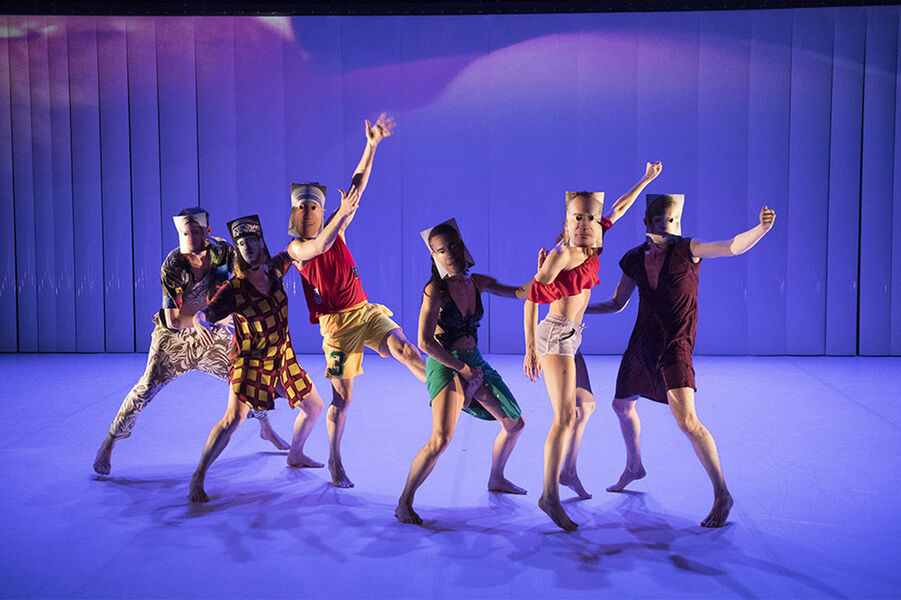 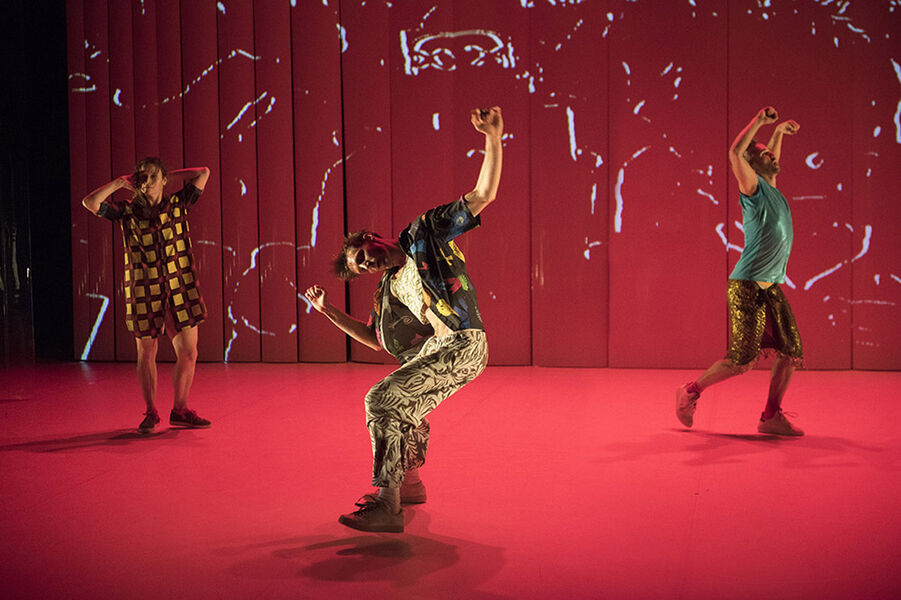 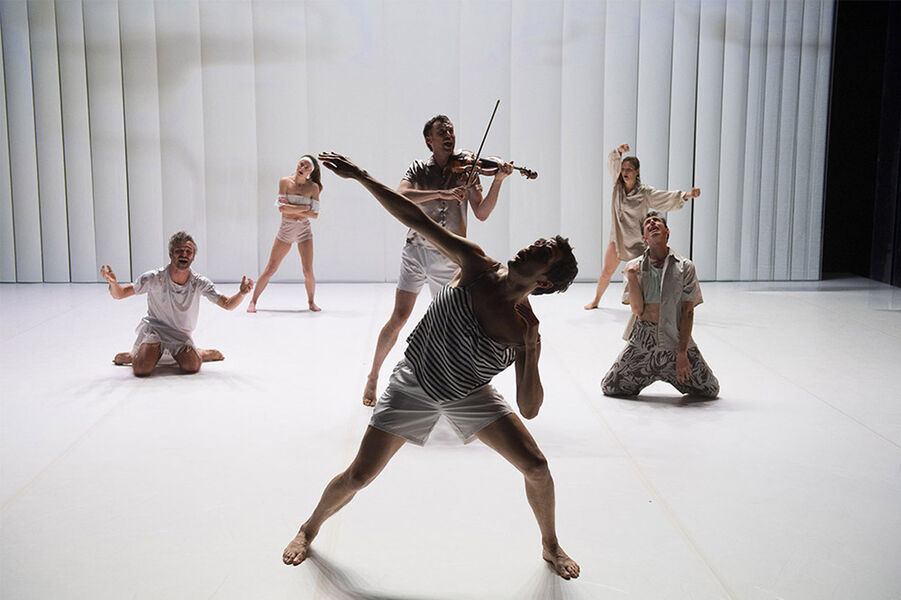 During the carnival, the world is turned upside down, everything falls apart and shifts, the powerful are mocked and symbolically overthrown. Christian Ubl combines dance, video creation and music in a "poetic fantasy of power".

Between winter and spring, a season of madness invites itself.

Inversion and distortion, trance, unleashing, satire, loss of identity, the carnival inspires Christian Ubl, particularly through the representation of it by Brueghel in his painting The Fight of Carnival and Lent. But the choreographer may borrow certain motifs from traditional and folkloric dances, but he has created a resolutely contemporary carnival moment. Bright colours and madness, a certain psychedelia, the choreographic vocabulary expresses the jubilation and the fundamental energy that animates the carnival on the eve of the spring revival. Cardboard masks of powerful characters become comical on the dancing bodies. The meticulous organisation of chaos and the lively pulse of life form lively tableaux with deep laughter.
The audience, also masked, is called upon to participate and the choreography takes over the whole space in echoes and mirrors, like new joyful rituals for new regeneration of man and nature.