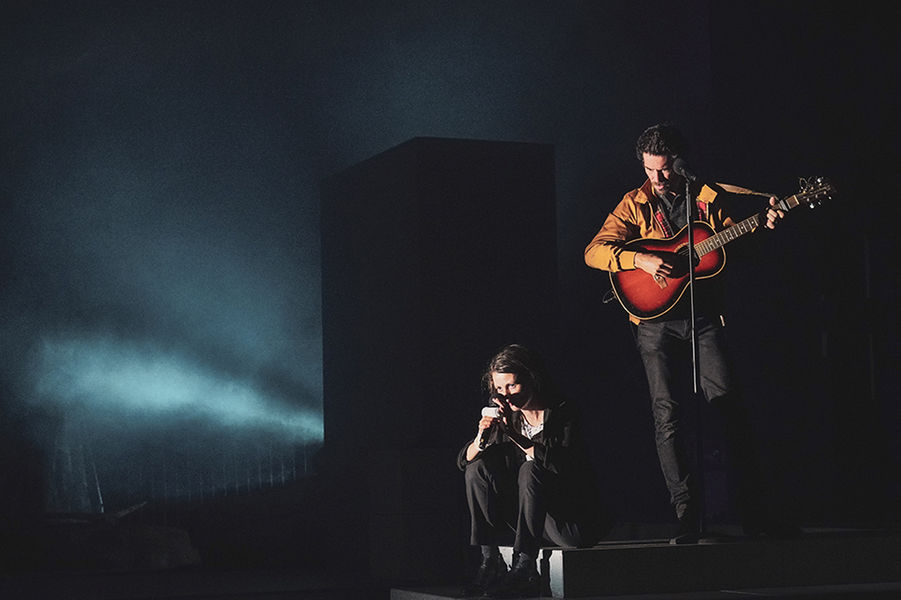 Trilogy by Baptiste Amann.
How to act politically in a world where, in spite of ourselves, an impression of confusion is established? Baptiste Amann signs a lightning theatrical fresco.

After the death of their parents, a sister and three brothers are reunited in the bungalow of a social housing complex. From resentments to frustrations, they face their lack of perspective and the emptiness of their existence. Their destinies are played out in three days:
Part 1: We will whistle the Marseillaise..., the day before the funeral. An expertise reveals the presence in the ground of the bones of the revolutionary Condorcet!
Part 2 : ...from one prison to another..., the day of the funeral. Revolt in the city, the ghost of Louise Michel, heroine of the Commune, appears to the "disenchanted generation".
Part 3: ... and all will be forgiven, the day after the funeral. Wounded during the riots, one of the brothers is in a reanimation ward. In this hospital, Naila, a young actress comes to make a film. She plays Djamila Bouhired, heroine of the independence and iconic figure of the recent Algerian revolts.
Three centuries, three revolutionary episodes invite themselves into the peri-urban territory and ask the question: what courage for today and tomorrow?