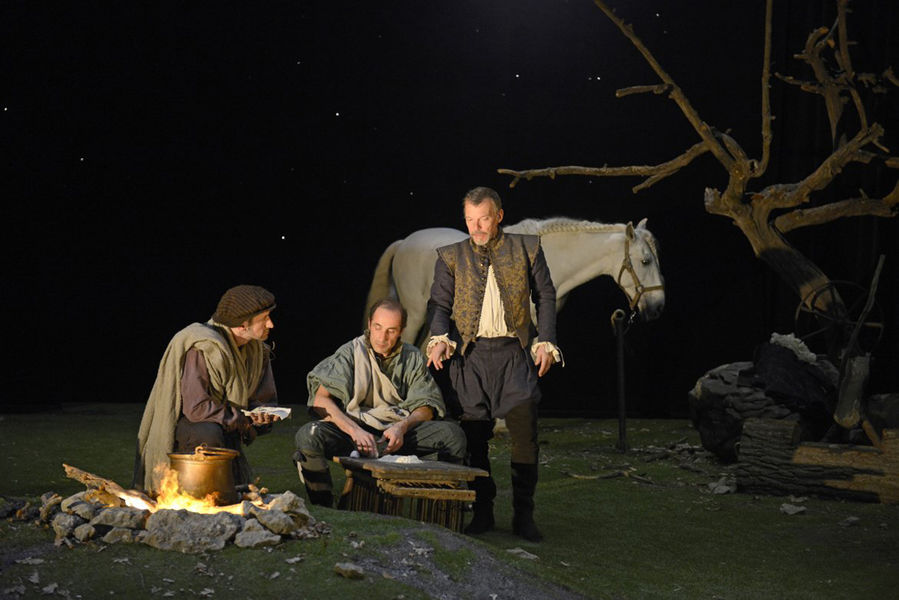 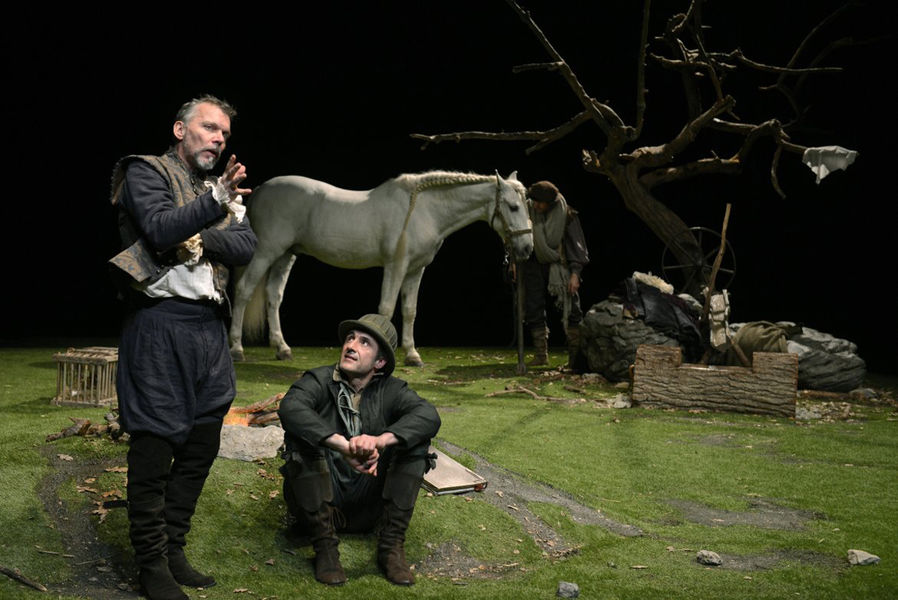 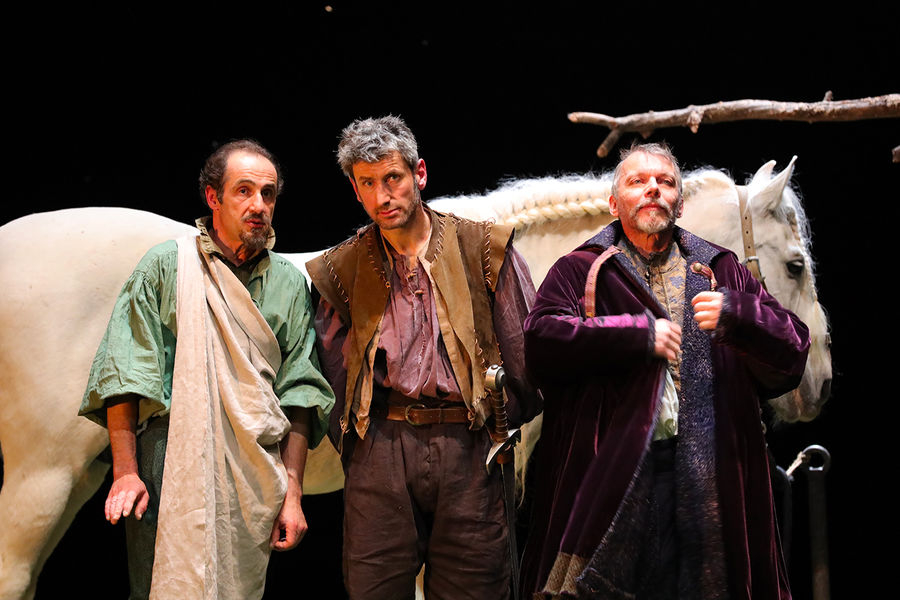 In a clever play of light and sound, the spectator travels with Montaigne all the way to Italy.

Michel Didym's crossing of Europe on horseback from Montaigne gave him the opportunity to put the 16th century in parallel with our own, when the philosopher denounced the intransigence of the Catholics. In a naturalistic and realistic scenography, riding a Spanish thoroughbred, Luc-Antoine Diquéro embodies Montaigne and lets his thoughts be heard on what he sees, what he eats, his encounters, his discoveries, his admiration for landscapes... So goes the movement of his mind, whose staging echoes itself by weaving between Le journal de voyage and Les Essais a web of digressions, ruptures, question games, resumptions and shifts. The whole merging with a clever patchwork of contemporary and electronic music, sounds of nature and war, court and religious music.