Bird-watching at the salt marshes

Home The experience Go green Bird-watching at the salt marshes

Do you know what these things are: stilt, avocet, shelduck? If you’re an expert, you will certainly have a quick answer to that question. These are all birds which have been sighted on the Hyères salt marsh.

The salt marsh of Pesquiers and the Vieux salins were salt production areas in the city of Hyères. Now under protection of the Conservatoire du littoral (Coastal Conservation Agency), these spots are dedicated to bird-watching and visiting sites which are full of history and endowed with preserved nature. On both sites, you will be able to observe birds closely through binoculars provided by the LPO (French league for the protection of birds). The Pesquier salt marsh, located on the Giens peninsula, has restricted access and you’ll need to register for an organised visit. Once you’ve got that out of the way, you will have the opportunity of walking around an exceptional site, because of its Double Tombolo formation.

What on earth is a Double Tombolo ? 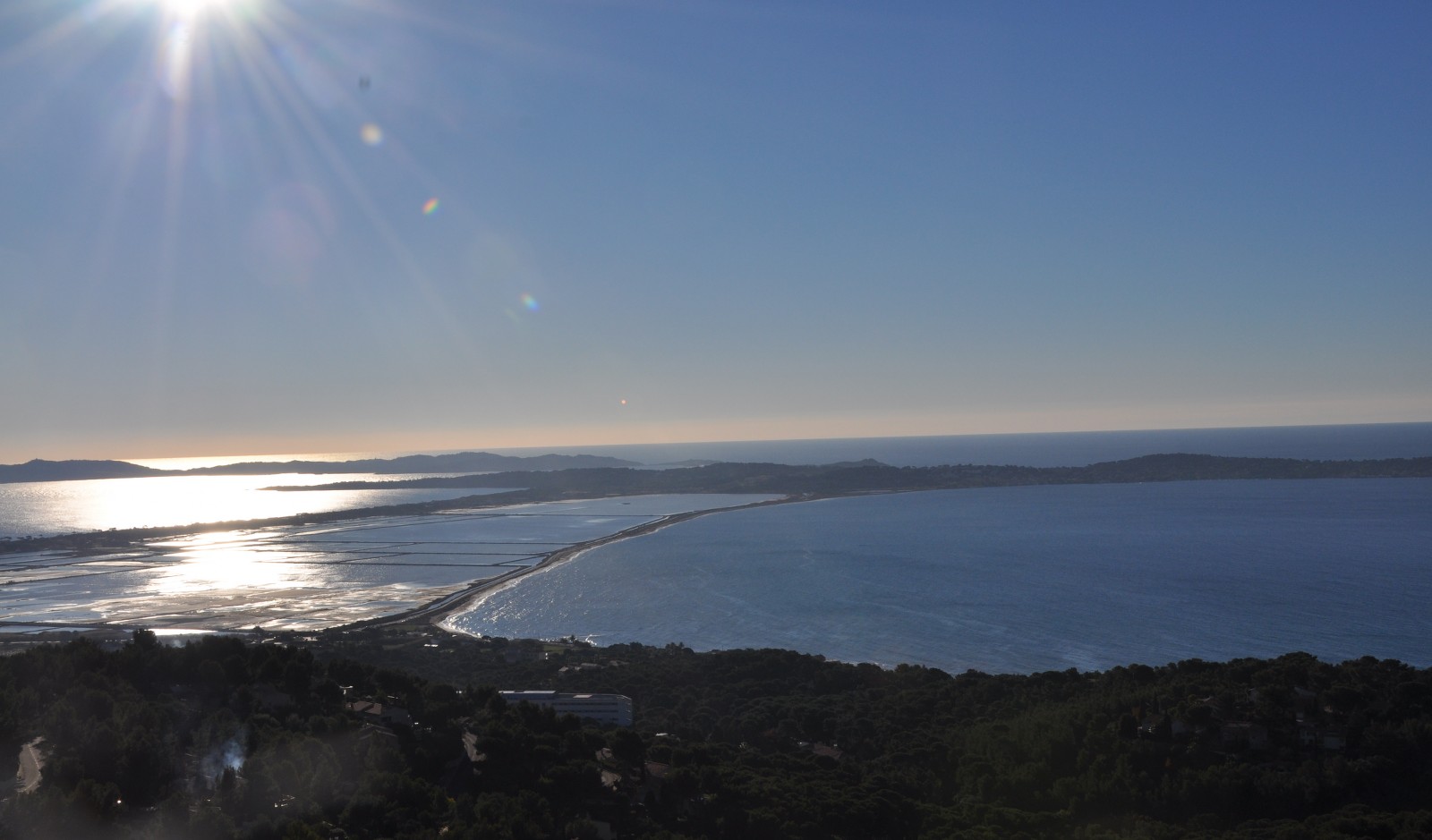 It’s the formation of the Giens peninsula, which is linked to the mainland by two sand bars, with a lagoon sitting in between (The Pesquier salt marsh). Only 5 of them exist in the world, it’s an extremely rare phenomenon.

Now it’s time for the visit

We’ve arrived at the meeting point: the gate of the Pasquiers salt marsh, known as La Capte. Sarah, our guide today, gives us binoculars. We start the salt marsh exploration and we keep our eyes wide open, focused on our surroundings. Sarah advises us to stay in groups, without making too much noise when we’re moving around, to avoid scaring or simply detering any birds. 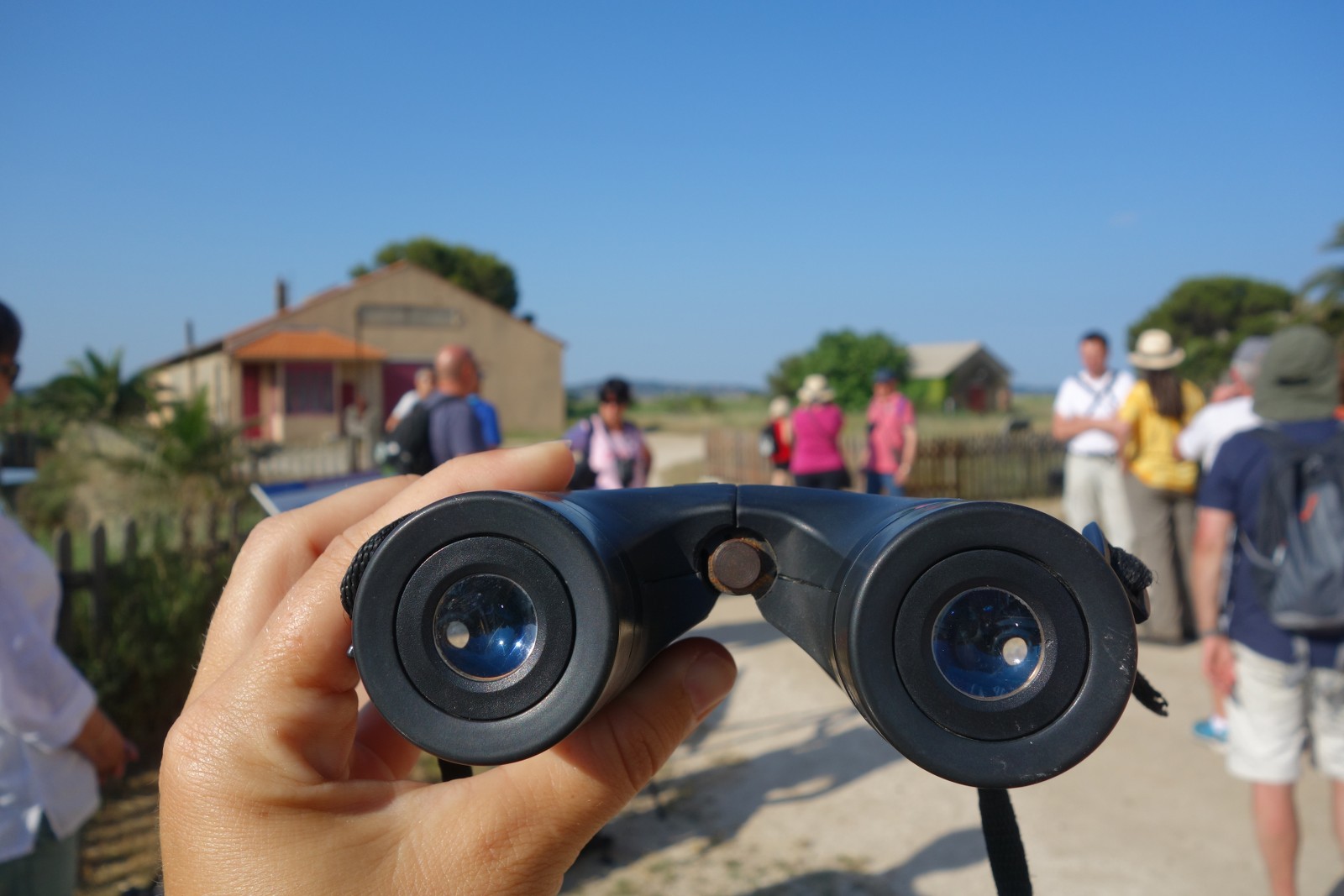 Some of them are flying over us, crying out. Sarah tells us it is a defence mechanism to keep us away from their young.

Birds nest, breed, but mainly feed on this site. The sand marsh is bursting with fish and crustaceans: a rich fauna which is a result of its biodiversity. 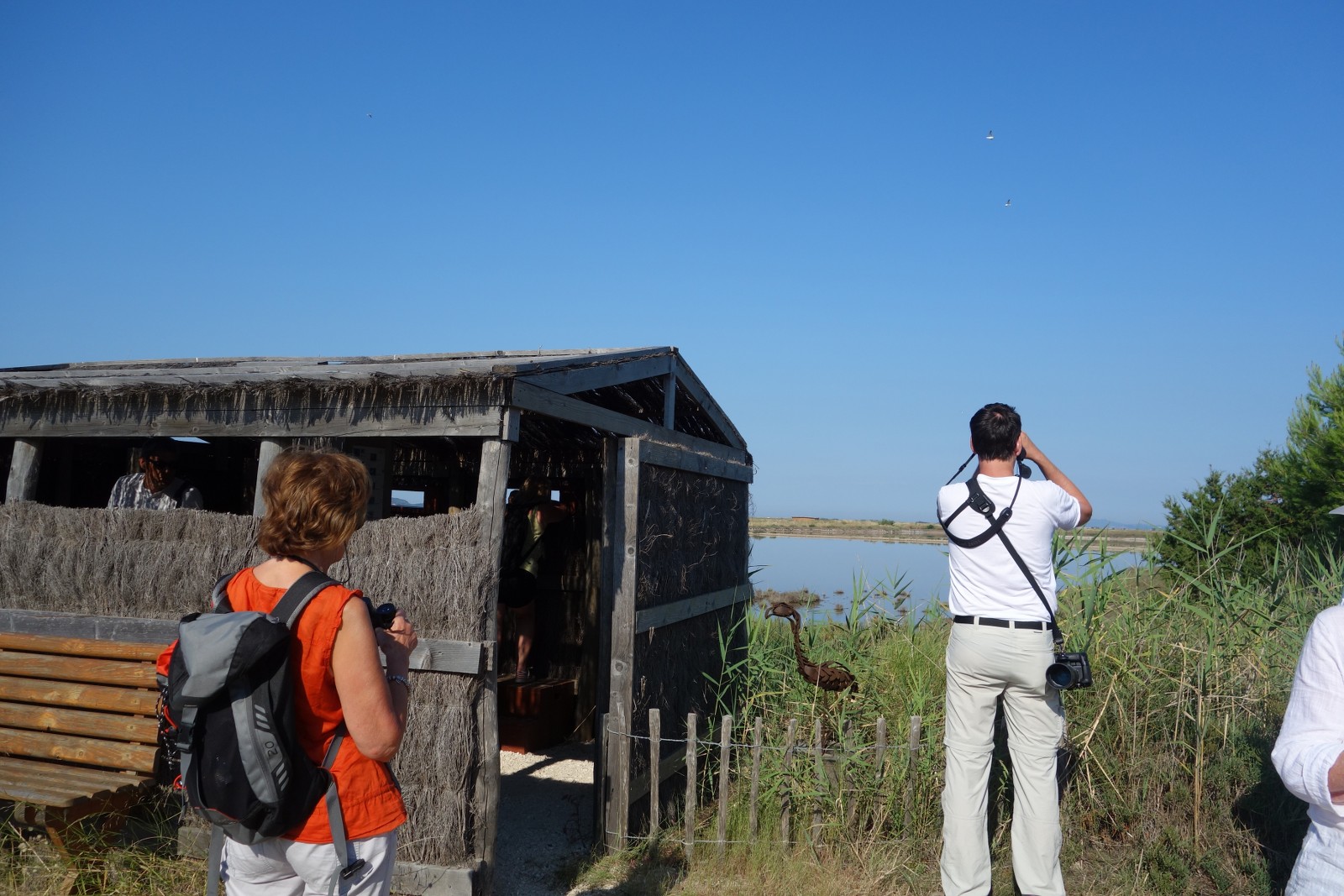 We start to feel like ornithologists with our binoculars and scopes. We shelter in an observatory, and get familiar with some of the species there. 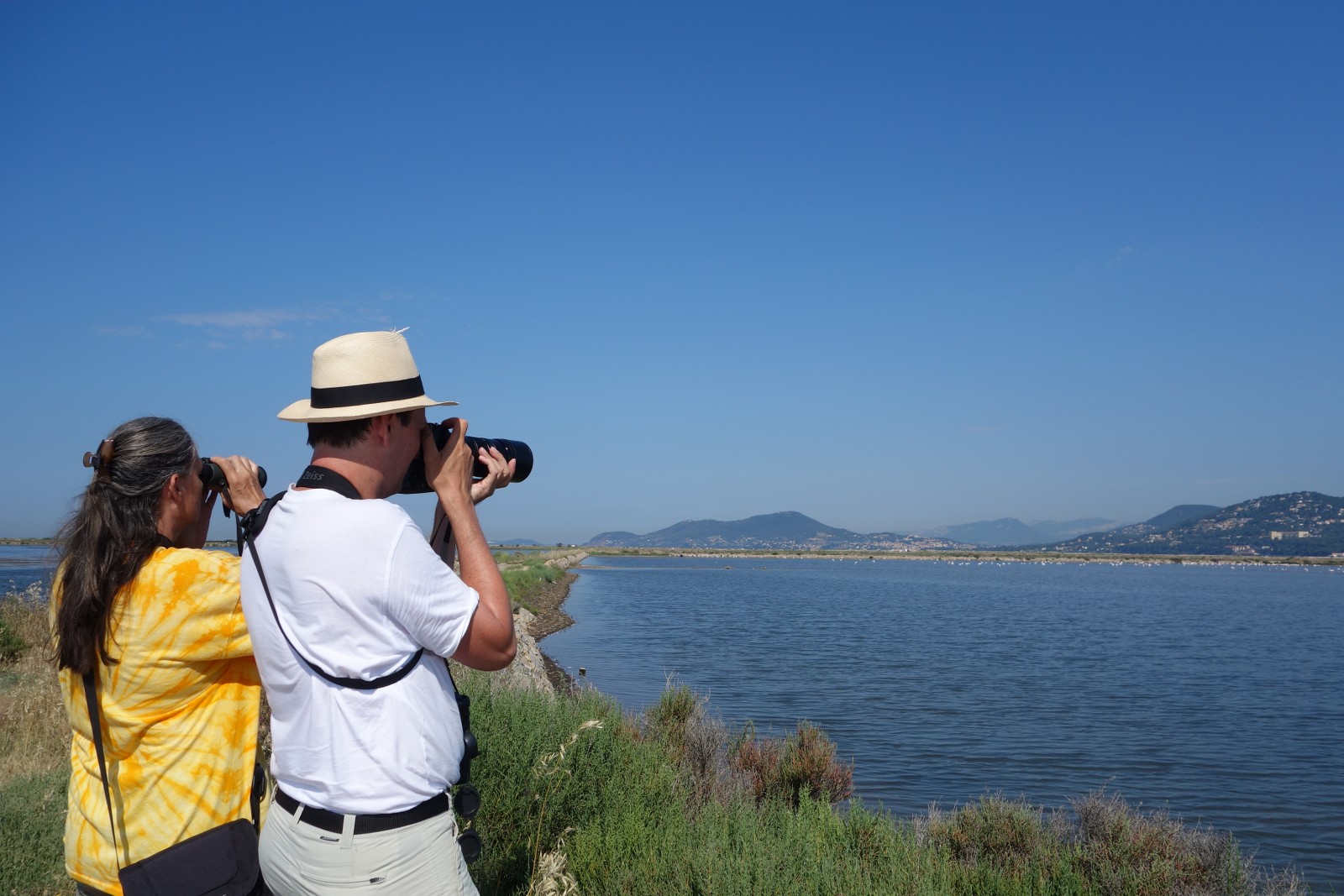 The French talk about two different gull species mouettes and goélands. But what are they and how do you distinguish between them? The latter is more commonly called a “Gabian” (yellow-legged gull) by provençal people. Size can be used to differentiate between species, but these two birds would need to be next to each other for you to identify them. A mouette gull is half the size of a goéland.

Easier to spot is the colour of their legs, mouettes have red legs whereas goélands have yellow/orange legs. 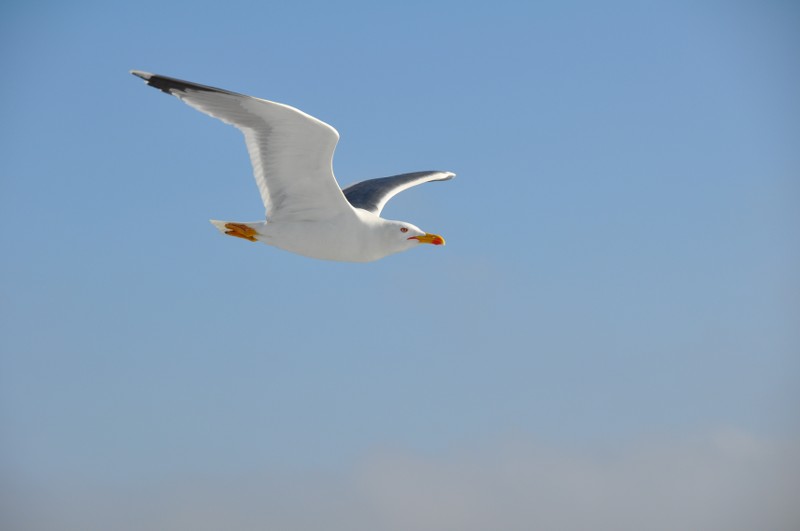 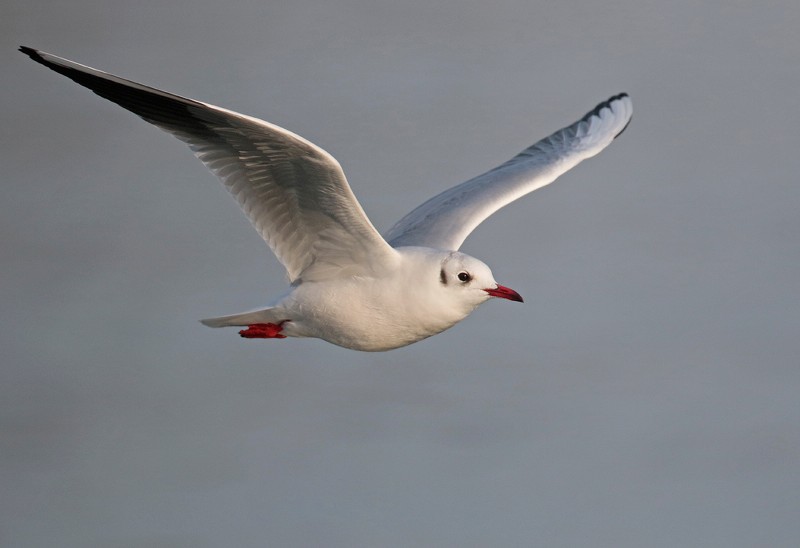 We then go further into the salt marsh to take a closer look at the perfectly named pied avocet. This bird also has a distinguishing feature: its beak goes up. It uses it to cut through water : while it hunts, the avocet goes back and forth with its beak, detecting shellfish in the waters. 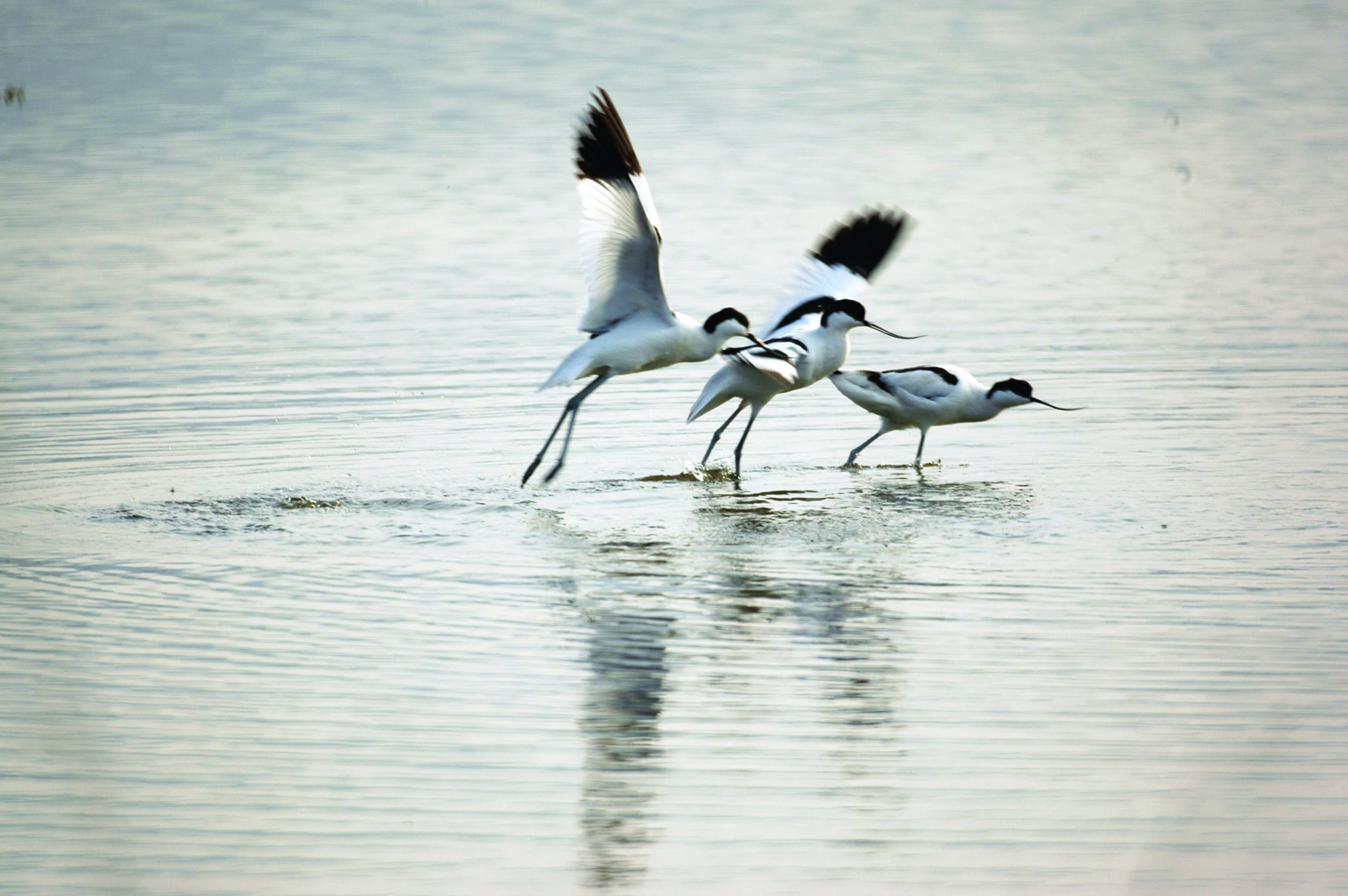 Our visit is drawing to a close, and then suddenly we see the “stars” of the salt marsh in the distance –pink flamingoes. Majestic and elegant, we can observe them from close up through the scopes. Then everyone goes silent as we witness a flock of flying flamingos and learn about the origin of their colour. Sarah had greeted us with a container full of artemia salina, where we glimpsed tiny red shrimp: it is, with red algae, the flamingo’s main diet

Bird-watching at the salt marshes 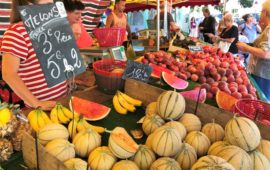 A taste of Provence 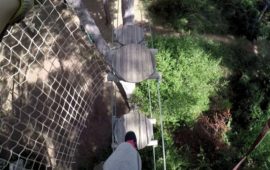 A nature adventure between sky and earth 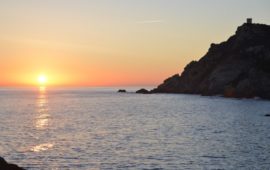 A romantic stroll at the Gaou 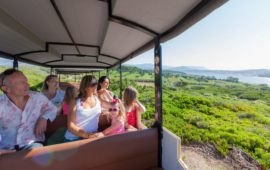 My family day out to Embiez Island