Home The experience Quite a history Exotic journey to Tamarisk Bay

Thanks to this history we suggest that you spend half a day around the area of Tamarisk Bay departing from the port of Toulon, far from the hustle and bustle of the city. A timeless and exotic break during which you will have the feeling of traveling somewhere on earth, between Istanbul, Miami and… Arcachon!

For the people of La Seyne who work in Toulon or for the people of Toulon who come to La Seyne, the shuttle of the Mistral Network is a must. First of all because it allows to avoid congestion at peak times, but above all because for nothing in the world they would swap  this daily cruise so strong is the feel-good factor. Imagine yourself sailing in calm waters, between the impressive warships of the nearby arsenal, military forts that once kept  watch over Toulon harbour, the houses on picturesque stilts of the producers of the Bay of Lazaray, and the small port of Manteau. At sunrise the light is magnificent, colours turn from pink to yellow on the colour chart, which could have inspired great painters such as Monet and Manet had they had the chance to see this magnificent landscape. Renoir, passing through La Seyne Sur Mer in fact visited

Balaguier and its impressive cannon towers.

Built from 1634 and then reinforced by Vauban, Balaguier fort was previously used for the protection of Toulon Harbour, its lights crossing those of the Royal Tower that faces it. Since 1970, transformed into a museum, it hosts exhibitions on the  Mediterranean navy and maritime history. You can simply admire it from the sea or go and visit it to learn more about this bastion of heritage in the Var region. Lovers of history and architecture will be delighted by this visit. From the terraces and the Botanical Garden , one has a magnificent view on the cove of Balaguier, the port of Toulon and the peninsula of St Mandrier.

View of the bay from the Balaguier Museum

The shellfish and fish antrum of Tamaris

Once you have passed the Balaguier museum, you will start to see in the bay small huts on coloured stilts which appear  timeless. They belong to the mussel growers of the bay who for more than a century basically traditionally grow mussels, but also a few oysters, including one that received a gold medal at the Paris Salon d’agriculture in 2019. The red mussel, exclusively cultivated by 3 producers of Tamaris, is a rare product and very popular with gastronomic restaurants. Its iodized flavour is reminiscent of that of sea urchins. We love to eat some on the go at the stalls of sellers. For the past twenty years some enthusiasts also breed sea bream and sea bass that is frequently found on restaurant plates on the coast. A real feast accompanied by a glass of white wine! (to be drunk in moderation, of course!) 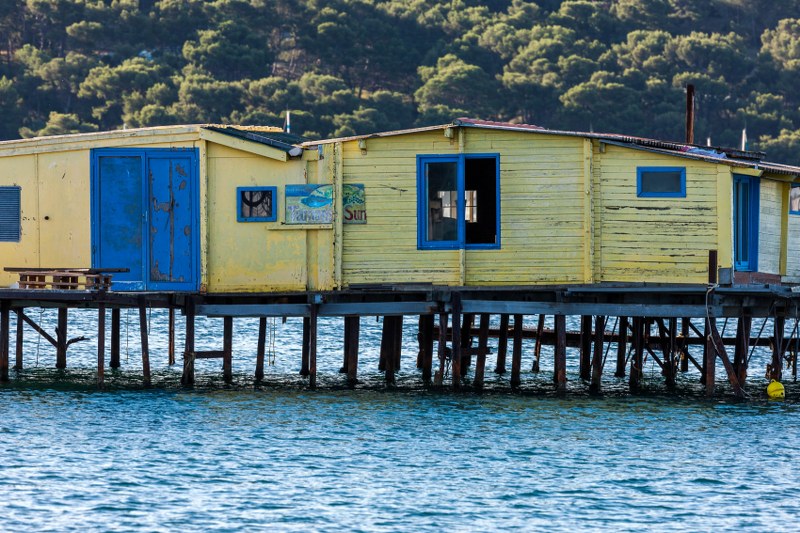 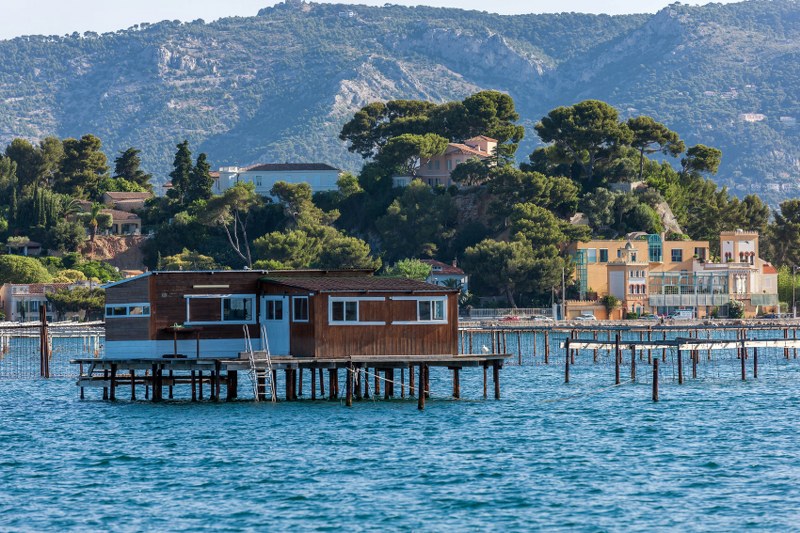 The district of Tamaris, a former trendy resort area

Our maritime walk ends at the pier located on the corniche Michel Pacha where luxurious villas  alternate with abundant greenery. This district has been completely built by Michel Pacha as early as 1880. He built around 80 villas in elegant, diverse architectural styles and a seaside resort for upmarket tourists. Casinos, hotels and luxury villas, the resort was visited by illustrious names such as the Lumière brothers, Gustave Eiffel, Jean Cocteau and Victor Hugo. The architecture of the houses and buildings is often oriental in inspiration as evidenced by the Institute of Marine Biology located very close to the district of Calvi. The villas are private but  guided tours are organised throughout the year to unravel the mysteries of this district looking a little like the Bosphorus. 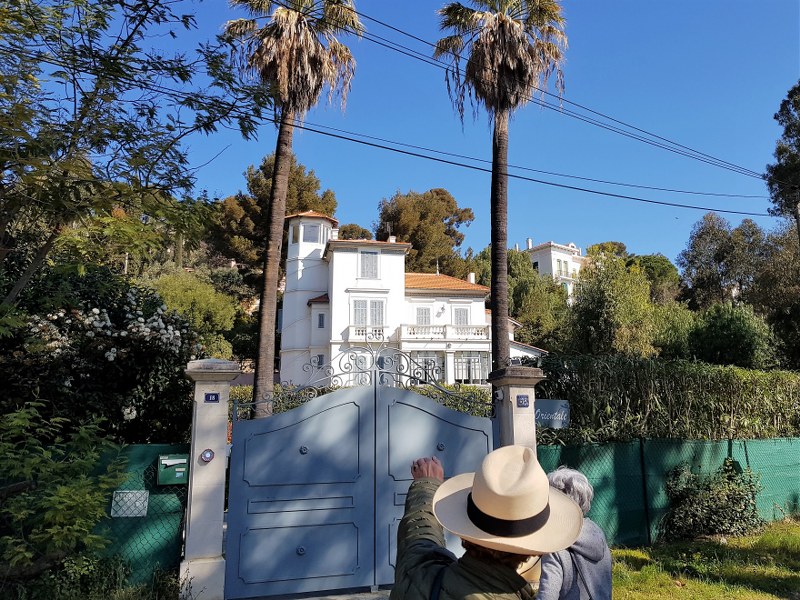 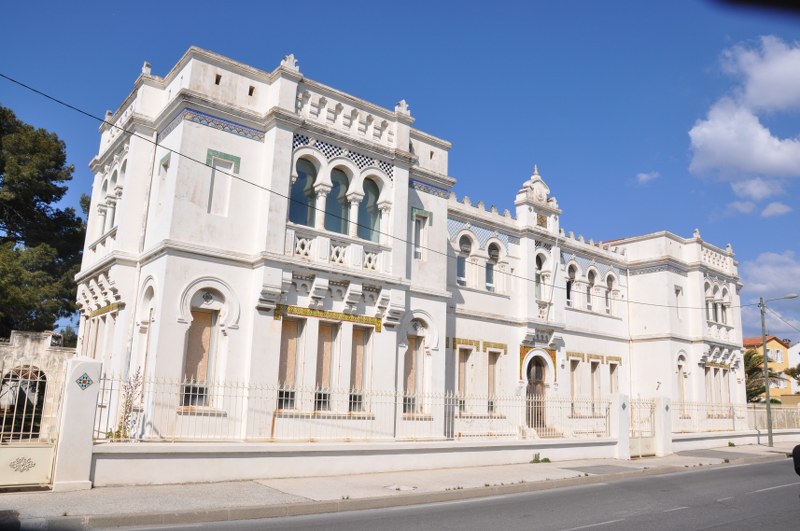 When you return by boat, let yourself be rocked by the waves by observing the colours that surround you and in dreaming of this enchanted break, right next to the city. 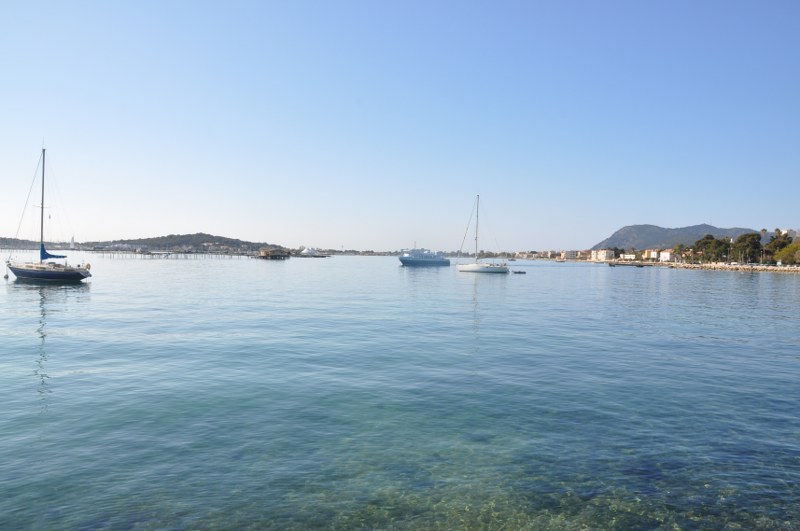